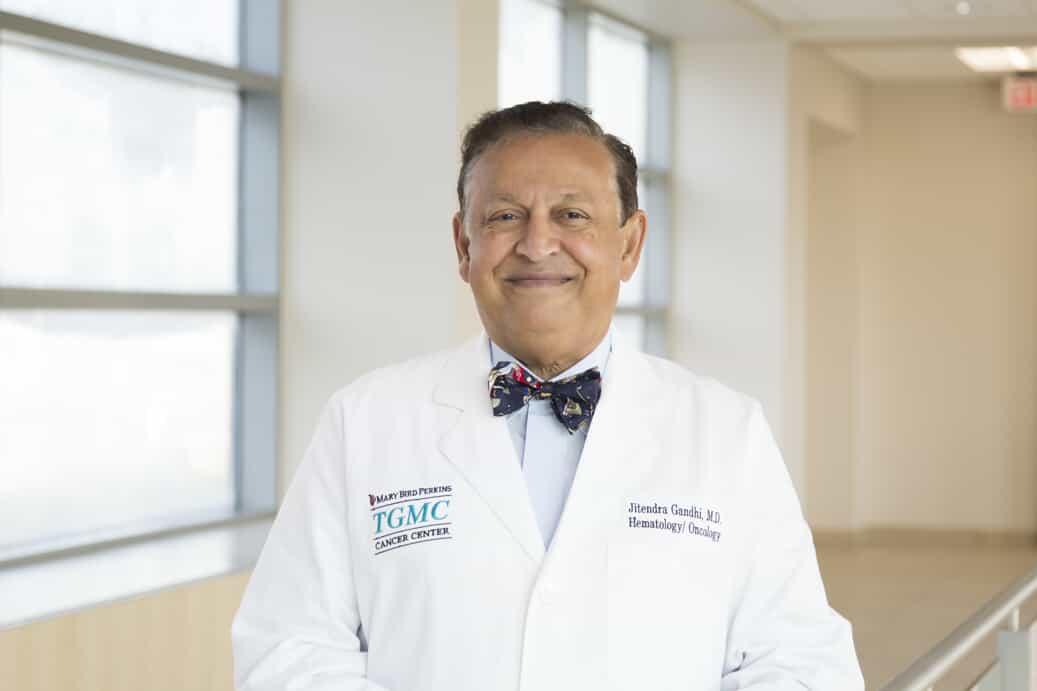 ​Dr. Jitendra G. Gandhi earned his medical degree at Seth G.S. Medical College, Bombay University in Bombay, India. He completed his internal medicine residency at Worcester City Hospital, in Worcester, Massachusetts where he served as Chief Resident. He then went on to complete a fellowship in Hematology/Oncology at the University of Massachusetts Medical Center.

He is board certified in internal medicine and medical oncology. Dr. Gandhi has extensive oncology expertise participating in numerous clinical research studies as a principle investigator with various types of cancers. His most recent affiliation was with Covenant Health Systems in Morristown, TN where he was a member of the Tennessee Medical Association (TMA) and the Chattanooga-Hamilton County Medical Society. 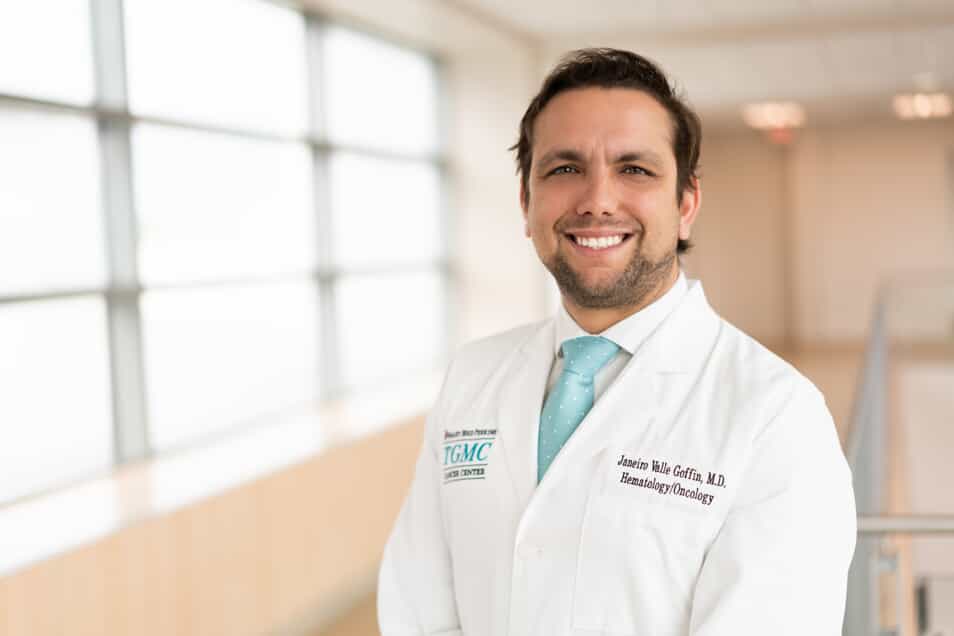 ​Dr. Janeiro Goffin earned his medical degree at the American University of Medical School in Nicaragua. He completed his internal medicine residency at the Miller School of Medicine at the University of Miami. Dr. Goffin was a hematology/oncology fellow at Tulane University School of Medicine in New Orleans. He is board certified in internal medicine by the American Board of Internal Medicine and board eligible in hematology and medical oncology.

Dr. Goffin underwent clinical and research rotations at MD Anderson Cancer Center in Houston, TX, the University of Miami Hospital/Jackson Memorial Hospital in Miami, FL and Tulane University School of Medicine where he published numerous articles on breast, lung and kidney cancer research. He is fluent in English, French and Spanish.

In his spare time, he enjoys running and playing football, basketball and tennis. 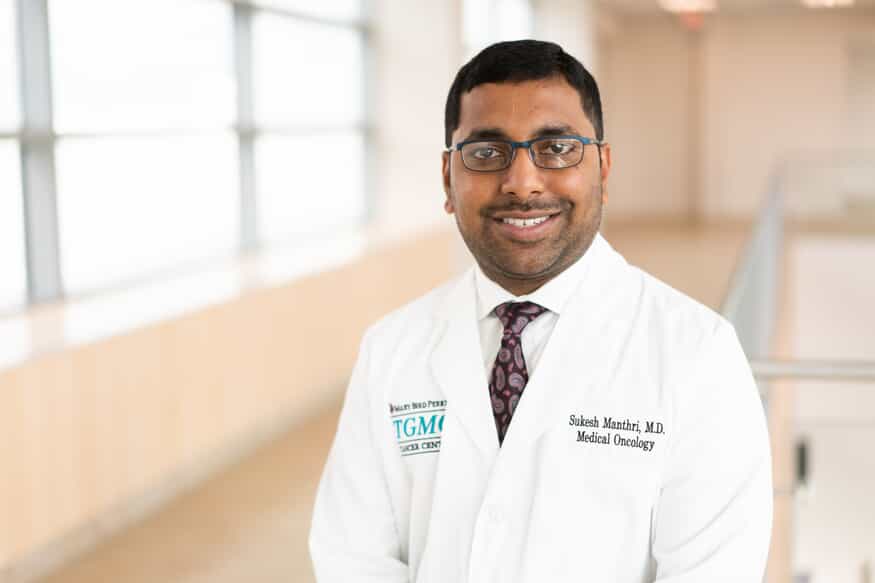 ​Dr. Sukesh Manthri, received his medical degree from the Prathima Institute of Medical Sciences in India. He completed a clinical research fellowship in Cleveland Clinic Florida followed by an internal medicine residency at Southern Illinois University in Springfield, IL. Subsequently, he completed his hospice and palliative medicine fellowship at Saint Louis University, St. Louis, MO. Dr. Manthri, was a medical oncology fellow at East Tennessee State University, Johnson City, TN. During his fellowship training, he was honored with the designation of chief medical oncology fellow for the year 2019-2020.

In 2020, Dr. Manthri has received Dr. Thomas G. Ronald Award for Excellence in the Care of the Cancer Patient. He is board certified in internal medicine, hospice, and palliative medicine. He is a member of the American Medical Association, American Society of Clinical Oncology and American Society of Hematology.

In order to best meet the need of community on Houma and surrounding areas he has kept his clinical interest broad in the field of Oncology including Breast, Lung, GI, Lymphoma, Myeloma, etc.

He is fluent in English and Telugu. In his spare time, he enjoys playing sports like cricket, table tennis and exploring new places. 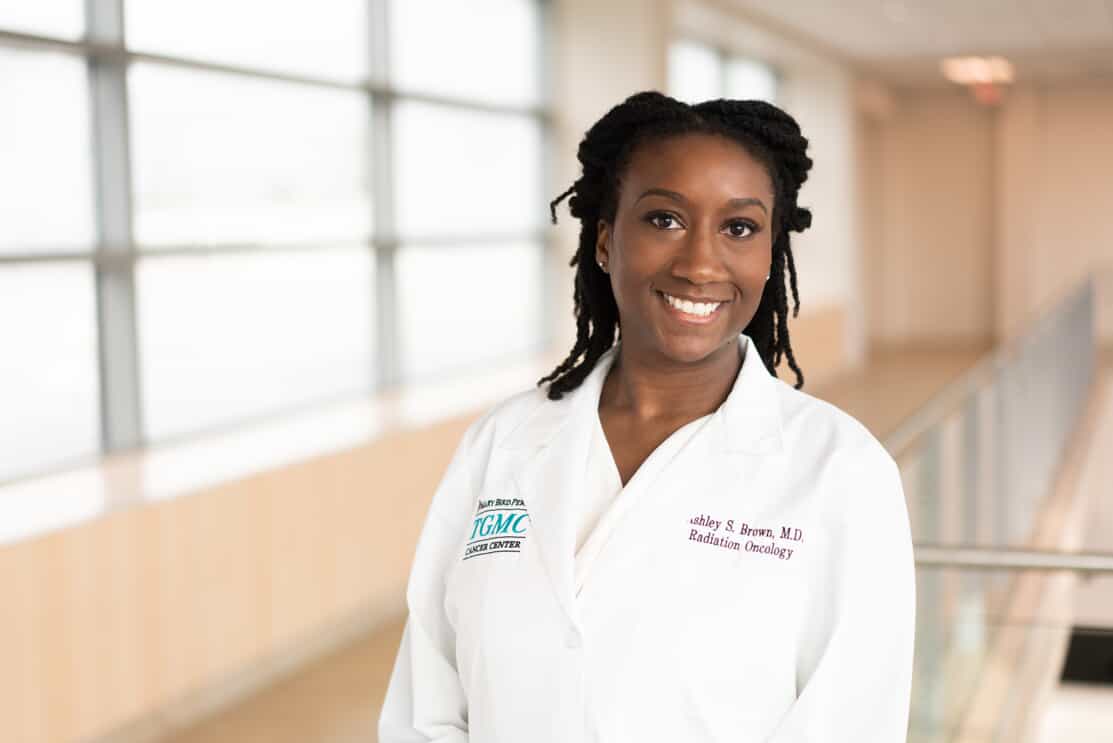 ​Dr. Ashley Brown earned her medical degree from The Medical College of Wisconsin in Milwaukee, WI and internal medicine preliminary training at Ochsner Clinic Foundation. She completed her residency at Stephenson Cancer Center at the University of Oklahoma Health Science Center (OUHSC) in Oklahoma City, OK. Dr. Brown served as Chief Resident of Department of Radiation Oncology at OUHSC. She is also a member of the American Society for Radiation Oncology, American Society of Clinical Oncology, American College of Radiology and the National Medical Association.

Dr. Brown has researched and has an interest in central nervous system, breast and gynecologic cancers. She enjoys reading and cooking in her spare time.