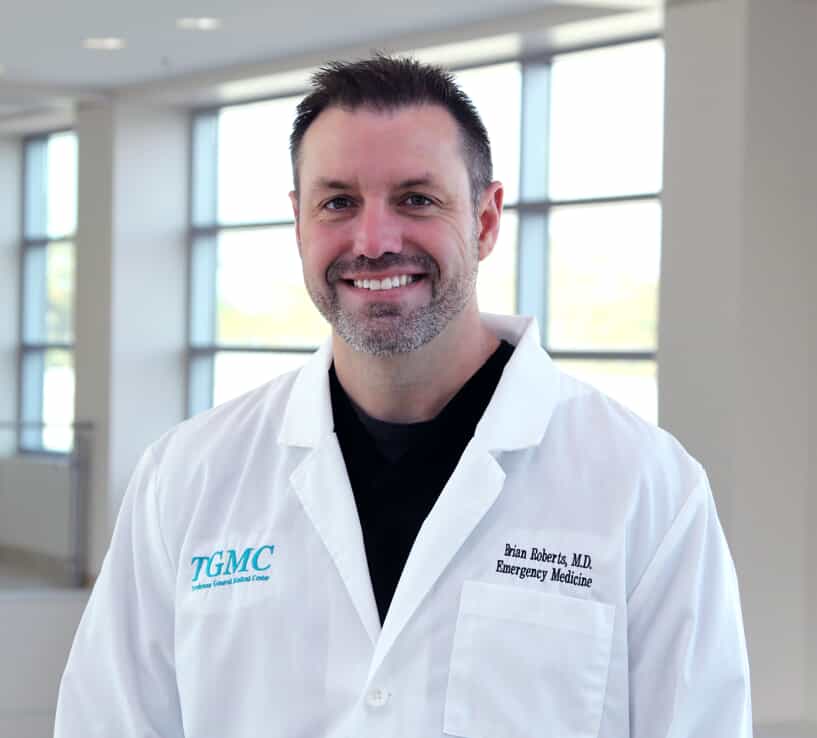 Dr. Roberts became a member of the TGMC family as a student nurse extern in 2002. In 2004, he received his Bachelor of Science in Nursing from Nicholls State University, then continued his education and received his medical degree from American University of the Caribbean in 2009. Upon completing his residency at Louisiana State University in Baton Rouge in 2012, he rejoined the TGMC Emergency Department staff in 2013 as a practicing physician.

“We are proud to have Dr. Roberts as Medical Director of our Emergency Department. His knowledge and tenure have made him a valuable asset to our team and we are looking forward to continuing our mission of providing the highest quality care,” said Phyllis Peoples, President and CEO.