Segi Marks’ life dramatically changed on March 31, 2022. A person with type 2 diabetes, Segi, had a diabetic ulcer and sought care from Terrebonne General’s Wound & Hyperbaric Center. Her foot was securely wrapped; however, after experiencing extraordinary pain in her foot, she saw her ​ podiatrist. Both women were shocked to see as they unwrapped her foot that a flesh-eating bacterium, or necrotizing fasciitis, had destroyed the tissue under the foot’s skin. Segi’s whole foot was gone.

The following 12 hours were a whirlwind. Segi was rushed to Terrebonne General’s Emergency Room. The infection in her body spread rapidly. Medical experts quickly administered IV fluids to kill the infection. Despite their best efforts, doctors could not save her foot, and Segi faced the reality of an amputation. She had little time to dwell on it as she was rushed to surgery. 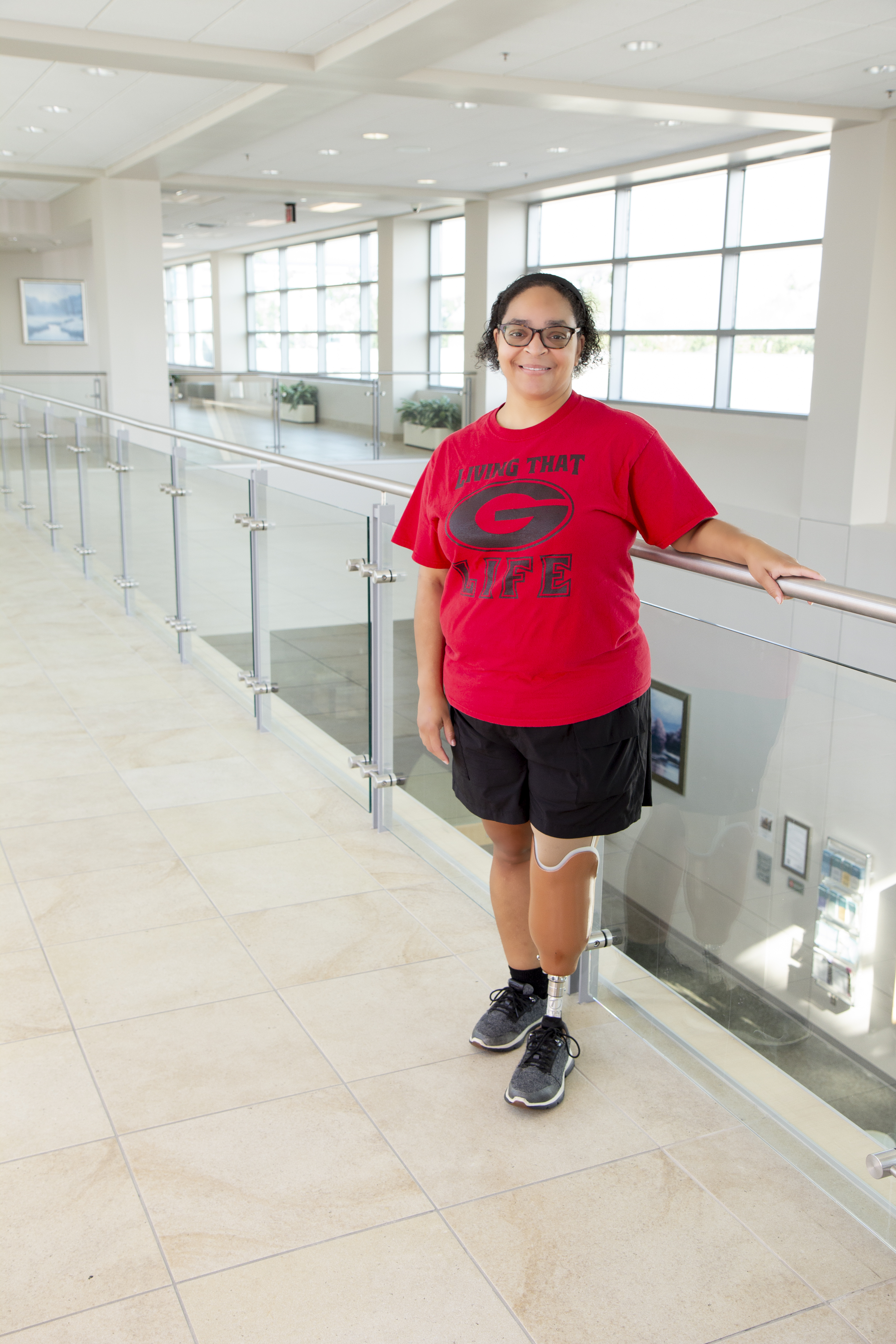 After surgery, Segi awoke to see that her leg was amputated mid-calf. The flesh-eating bacteria had spread throughout her leg, and surgeons Dr. Eric Jukes and Dr. Neal Lyons did everything possible to save what they could.

Stunned, depressed, and in disbelief, Segi spent nearly three weeks in a hospital bed. Segi is a fixture at Terrebonne General. She has worked in the Dietary department for five years, and many hospital employees enjoy their lunch breaks with her daily. Her absence was noticed and felt by many. Visitors started to pour in as Segi’s story was shared at work. Over the course of three weeks, Segi was surrounded by her parents, sister, nephew, co-workers, executive leaders, and more. Each came with a strong message – you can do this. Life will go on. Find your strength. And Segi did.

Segi enrolled in inpatient rehabilitation under the care of Dr. Hector Linares and a team of occupational and physical therapists. She set a goal – to be able to cook once again independently, and her physical and mental strength grew until one day, Segi suddenly coded. She was rushed to Terrebonne’s Critical Care Unit (CCU), and dozens of tests were run. To this day, physicians cannot determine the exact cause. Terrified, Segi once again had to overcome depression, but with her undeniable spirit and an entire hospital cheering her on, Segi did just that. To lift her spirits, her team arranged for a surprise visit with the love of Segi’s life – her dog Jacks. The two of them enjoyed an afternoon in the sun, Segi maneuvering in her wheelchair playing with the dog, and getting a much-needed boost.

On April 22, she was discharged from the hospital, and Segi found herself feeling depressed once again. How would she rebuild the life she once had? She enrolled in the hospital’s Outpatient Rehabilitation program and was referred to Titan Prosthetics. 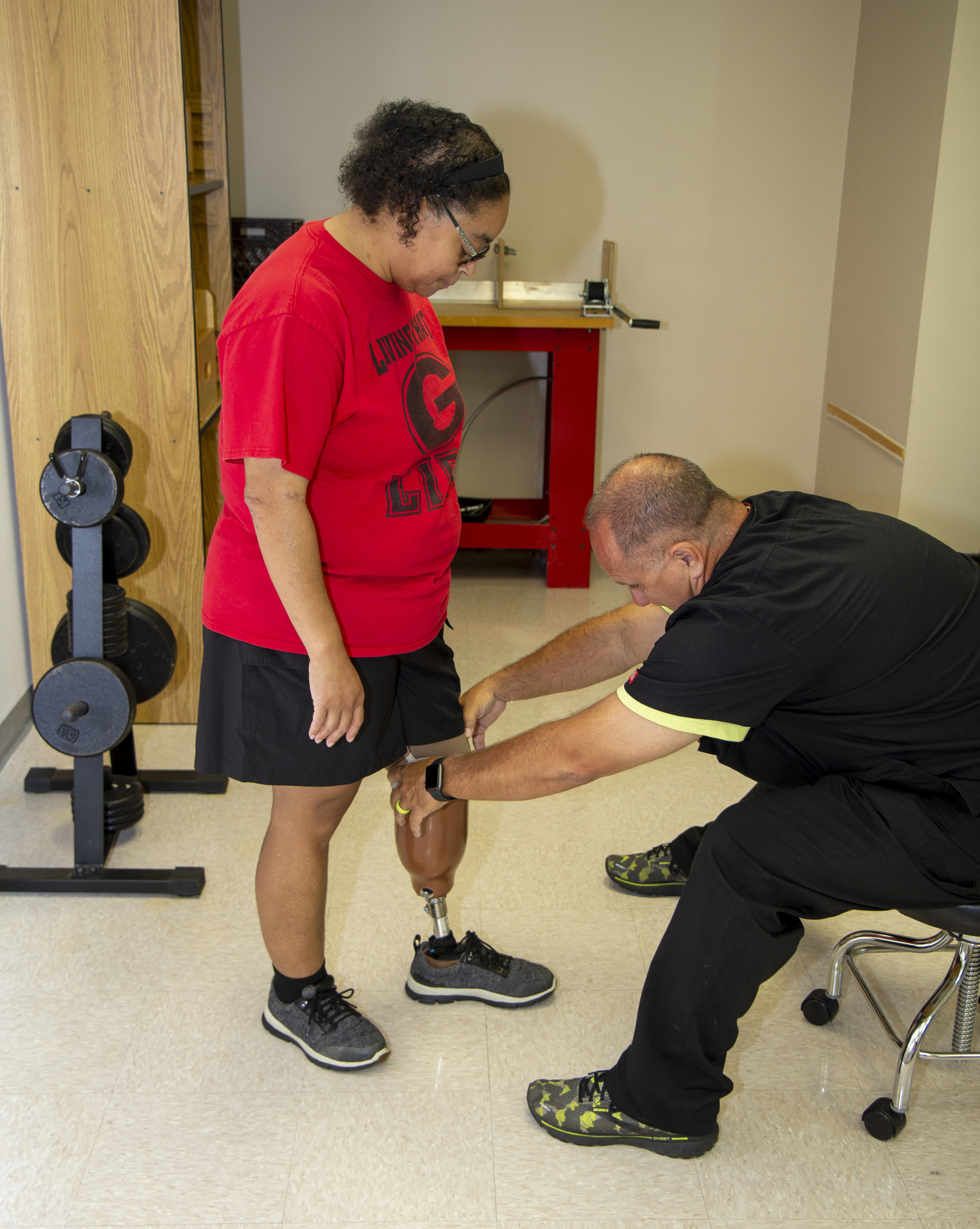 Doors began to open. Segi was fitted for a prosthetic leg, and her prosthetic team at Titan brought her to an amputee support group in Baton Rouge. The support group was eye-opening. She met fellow amputees facing a variety of challenges. She left her first meeting with a renewed determination and knew she would be okay.

Segi’s resilience and positive attitude in Rehab were remarkable. She worked tirelessly towards her goal – to cook in the uninhabited kitchen again. 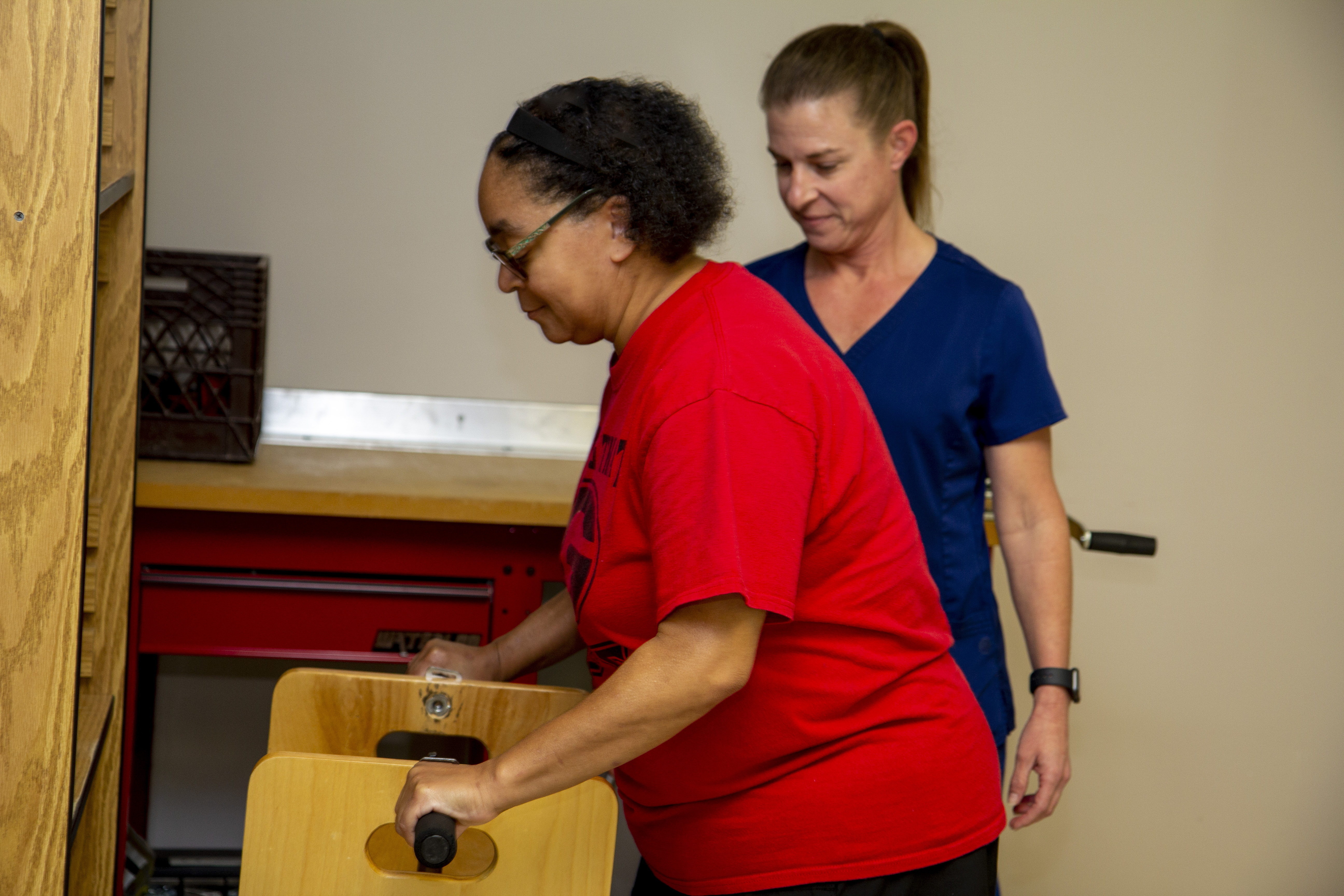 Her therapy team consisted of physical therapists and occupational therapists. Her physical therapy treatment focused on rebuilding her strength so she could return to work. Her therapist, Jessica Kovar, sings Segi’s praises, “Segi is one of the most motivated patients I’ve ever worked with. From day one, her goal was to be able to return to work. In the beginning, our focus was on strengthening the muscles in her legs in preparation for getting her prosthesis. Once she received her prosthesis, there was no stopping her. We progressed from walking with a walker to walking without needing a device. We focused on work-related tasks and dynamic gait activities such as lifting and carrying weighted boxes, picking up items from the floor and placing them on shelves, negotiating stairs, pushing a weighted cart, and walking while negotiating obstacles. We even got her back to dancing! Segi took on every task head-on and never met a challenge she couldn’t conquer. She is ready to take on whatever life throws at her!”

She also worked with Stacy Huber, Occupational Therapist, to rebuild her skills. “Segi was and continues to be motivated to perform her very best. She made excellent progress from becoming independent with her daily tasks at home to improving her success with job-related skills. 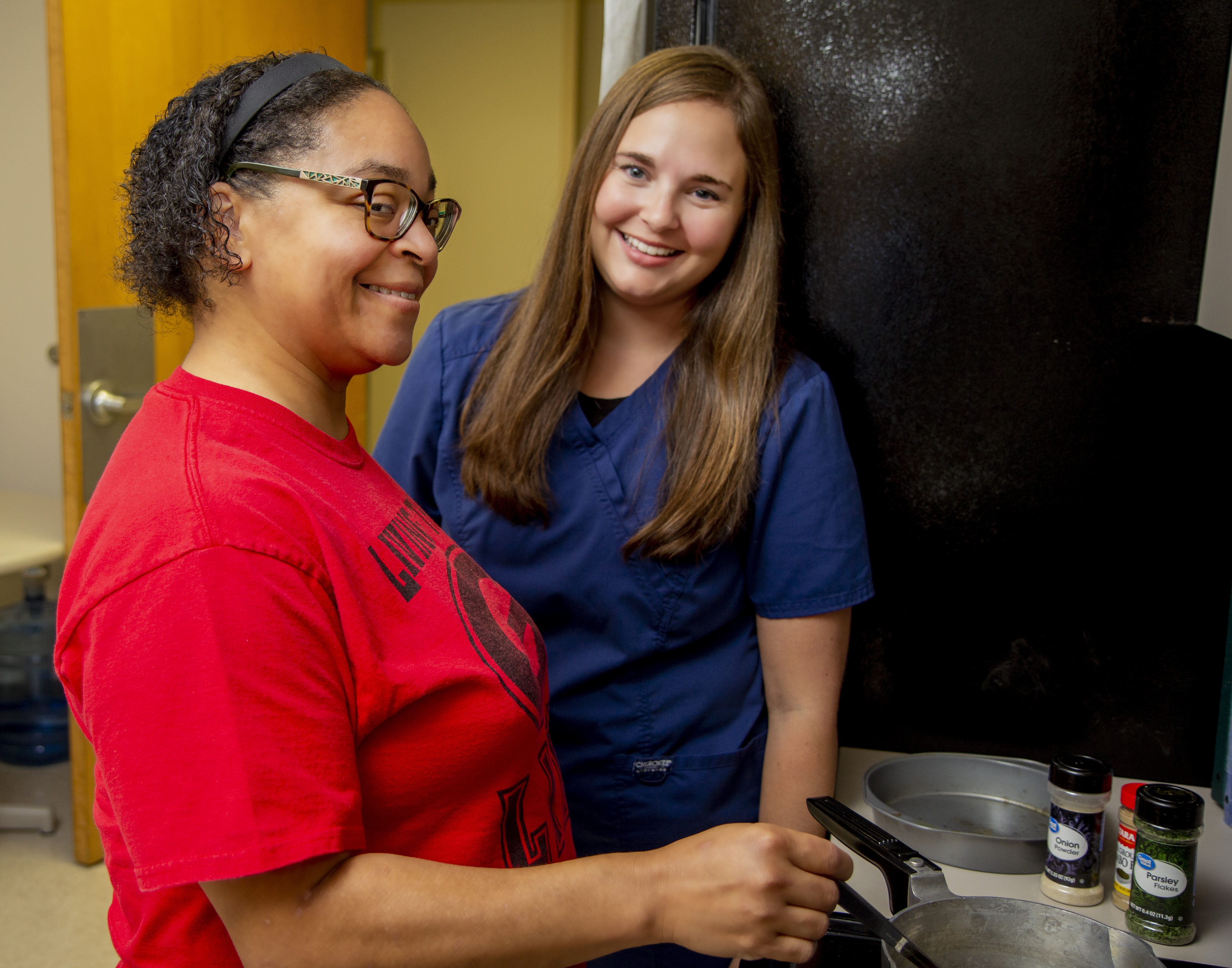 Segi cooked simple and complex meals in the kitchen for an hour at a time while standing with her prosthetic leg without rest breaks. She refused to allow her obstacles to limit her opportunities. Her drive to better herself and contribute to the community is extraordinary and admirable.”

In August, leaving her cane and walker behind, Segi graduated from Outpatient Rehabilitation after making tremendous progress. With a new outlook on life and a passion for helping other amputees, Segi is helping to organize amputee support groups with One Step Closer and Terrebonne General. “Amputation was not in my plans. This was God’s plan for me, and I’m thankful to God, my doctors and nurses that saved my life, and my family. There is life after amputation, and I’m grateful to be here to share that message with others.”